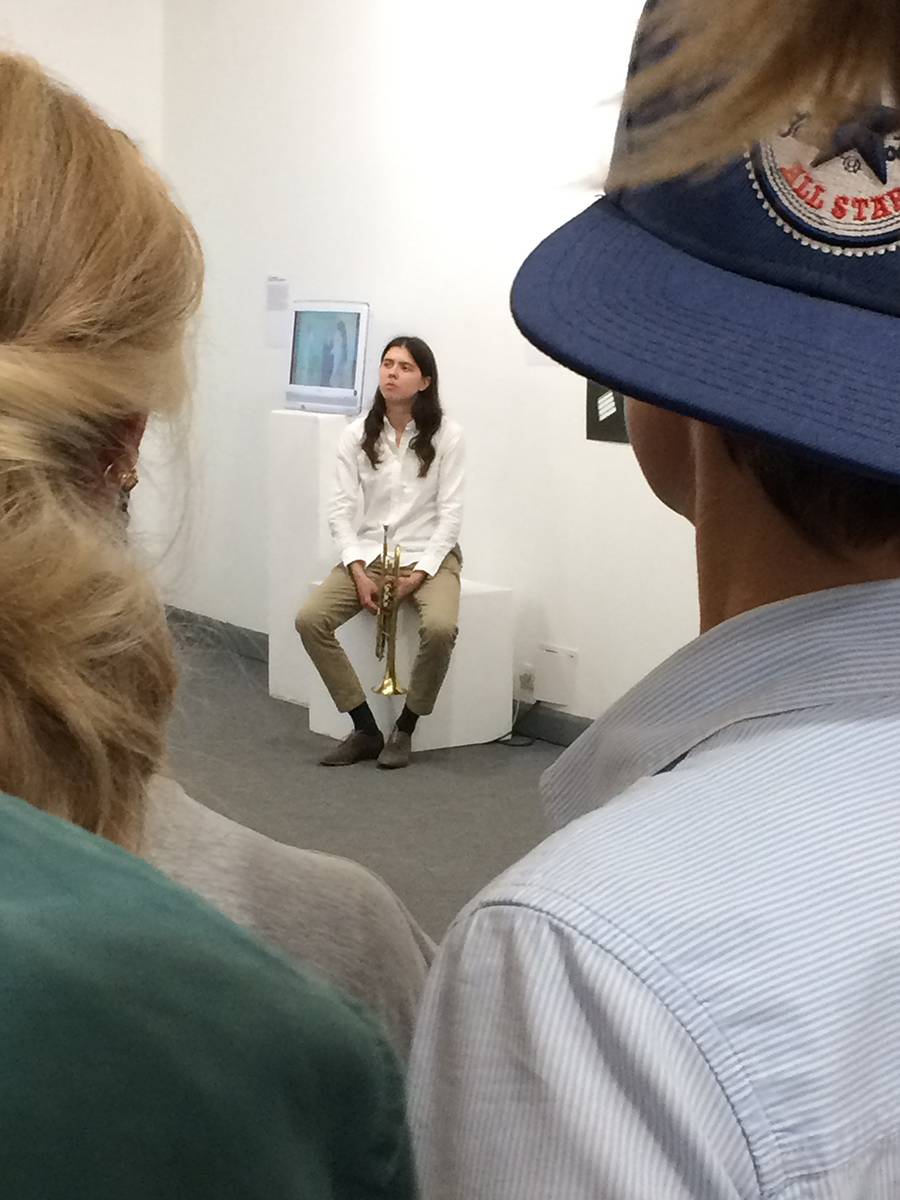 Carina Khorkhordina (1991, Kaliningrad, Russia) is a photographer and a trumpet player living in Berlin since 2014. Aside from developing her music on the trumpet and playing concerts she is working on a series of site-specific performances in the public space of Berlin in collaboration with different musicians, presented as short films and bringing together her interest in urban space, sonic possibilities of the trumpet, field recordings, video documentation and photography.
She has been performing in the context of improvised and experimental music since 2017. The active groups include the duo with Eric Bauer, Slurge (with Eric Bauer, Burkhard Beins, Wolfgang Seidel), Klub Demboh and the trio with Eric Bauer and Lena Czerniawska, as well as a variety of ongoing collaborations.
Between 2016 and 2020 she was a student of various programs at FotoDepartament Institute in St. Petersburg, Russia.